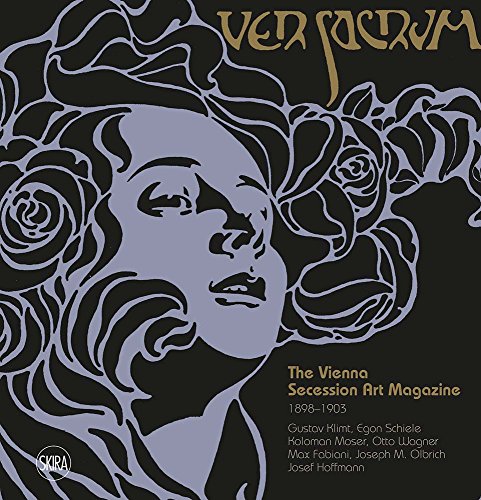 Reseña del editor This book gathers the covers of 120 regular issues and some special ones (in 1:1 format) of Ver Sacrum, plus an anthological selection of the most important inventions in printing, like block prints, lithographs and copper engravings, for the 120th anniversary of this historic magazine. This book narrates and illustrates the originality of a language, perceived right from the first issues, of the legendary official magazine of the Vienna Secession, elaborated like actual program manifestoes and a cornerstone of Modernity. The goal of Ver Sacrum was to give life to total works of art, the so-called Gesamtkunstwerk. That’s why each issue had to be a work of art, a perfect representation of Secession ideals, extraordinarily epitomized by the covers. Ver Sacrum, which alludes to the Sacred Spring of ancient Latin people with their renewal rituals through young generations and new settlements, was an absolutely original magazine that elaborated new forms of design, illustration and print/editorial composition: the influence of this represents a cornerstone of Modernity in Western art. During its six years of activity, 471 original drawings were specifically made for the magazine, along with 55 lithographs and copper engravings and 216 block prints. Conceived by Gustav Klimt, Max Kurzweil and Ludwig Hevesi, the illustrated magazine was founded in 1898 and was periodically published until 1903; it included not only important reviews on literature, music and contemporary art but also a rich selection of engravings and decorations from Secession masters.