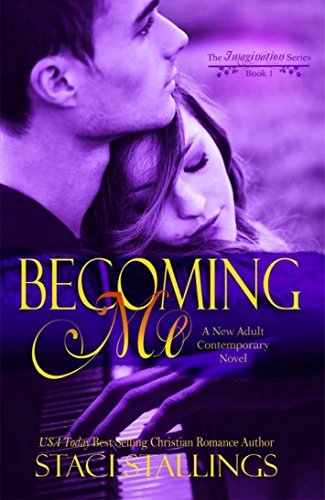 Is there something greater than we know? Can we, through the talents God has given us, tap into a well-spring our mortal senses do not see? If so, how do we encourage each other to find that deeper “something,” or do we rationalize each other out of even searching for it?

Paige Grayson isn’t crushing on Nelson Samuels. Just ask her. She’ll tell you. After all, he is her sister’s best friend, “royalty” in her high school, a senior, and so talented he would never notice a nobody like her. So Paige resorts to pouring her non-existent feelings for Nelson into a very special notebook, a notebook of the words that cascade through her without her knowing how or where they come from. She’s always been like that, writing words that are poetic, ephemeral, and too precious to share with anyone else. But what happens when she loses the notebook that contains the words that are such a part of her? Worse, when Nelson starts to want to hang out, can she play it cool or will he learn all the secrets she’s been keeping from everyone, even herself?

Nelson Samuels knows he’s always been a little weird. For as long as he can remember, he’s done his best to keep just how weird a secret from those closest to him. Yes, they know he writes music. What they don’t know is that he hears music in haunting melodies all the time. Having learned to capture some of them into notes on a page, he struggles to share just enough of his talent without risking anyone knowing all of it. It’s only when Nelson starts to notice his best friend’s younger sister that life is about to dare him to open the deepest secrets he holds about himself to someone else. Will he be brave enough to share the imagination side of him, or will he forever stay trapped in knowing he has this amazing gift but being too afraid to share it with anyone?

“Becoming Me” begins The Imagination Series by USA Today Best-Selling Christian author Staci Stallings. This set of stories begins in the very real world and takes the reader on a journey to learn that we all have gifts and talents, and those were placed inside of us by a God Who loves us and wants us to learn to use them—for ourselves, for our friends and family, for the world, and for His Kingdom. Come along on this journey that dares to ask what would happen if we all stopped judging our differences and started celebrating them instead.