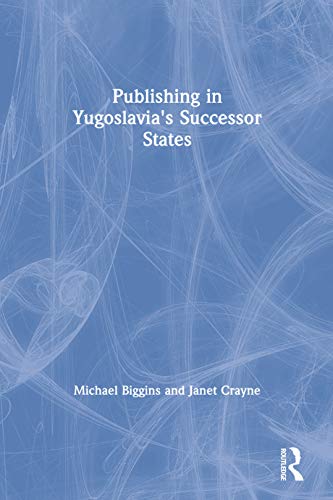 From the Editor's Foreword: “Without any doubt, the 1990s will long be remembered as the decade of Yugoslavia's prolonged disintegration. A virtual blueprint of the conflict is accessible to anyone in a position to track the independent print media that were then emerging in Yugoslavia's various republics.”Publishing in Yugoslavia's Successor States presents the results of extensive tracking and research in that area. You'll learn how weekly independent news magazines such as Mladina in Slovenia, Danas in Croatia, and, later, Vreme in Serbia courageously documented the centrifugal political forces at work in Yugoslavia at the time. Independent daily newspapers, often located in provincial cities away form the centers of political control, pursued similar policies, adhering to high standards of objective political coverage. The periodical press also weighed in over time with more reflective assessments of the area's evolving political crisis and recommendations for managing it. Finally, as Yugoslavia's old communist paradigm of information management gradually lost control, the market gave rise to numerous tabloid weeklies and dailies that banked on nationalism and fear, serving as handmaidens to media-savvy demagogues and helping to rekindle past rivalries. Publishing in Yugoslavia's Successor States will take you on a turbulent tour of this vital industry struggling to survive and thrive in a war-torn land.